Cholesterol is not the Culprit (Part 2) 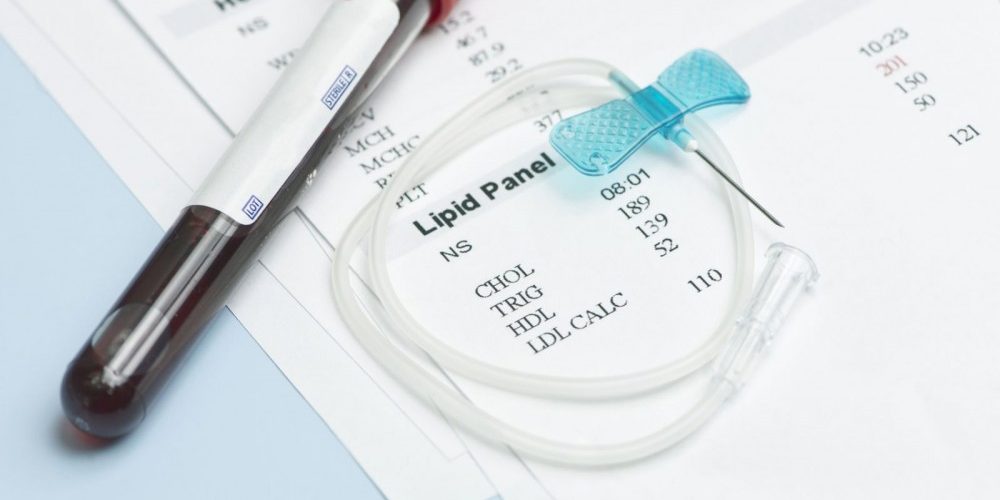 Cholesterol is not the Culprit (Part 2)

As I discussed in “Cholesterol is not the Culprit part 1,” cholesterol is not the enemy, in fact, it is essential for life! However, for nearly 50 years it is the primary focus in the battle against heart disease in the U.S. Unfortunately, the conclusion that increased serum cholesterol equals and increased risk for cardiovascular disease is flawed to say the least, as a large body of scientific research indicates that dietary cholesterol is not the driving force behind heart disease. Despite the ample evidence, most of the medical community continues to promote outdated dietary guidelines for patients with high cholesterol and heart disease, which includes low-fat and low-cholesterol diets. Furthermore, recent science has demonstrated numerous biomarkers that are far better predictors of a future cardiovascular event than serum cholesterol such as Lp(a), homocysteine, hsCRP, LDL particle size and number, LDL to HDL ratio, cholesterol to HDL ratio, apoA to apoB ratio and even your omega-6 to omega-3 fatty acid ratio. If your doctor isn’t running these tests, he or she is seriously behind the times, and it may be appropriate to seek healthcare guidance elsewhere. At best it’s ignorance and at worst it’s malpractice the way the best and most current evidence is ignored because practitioners are “too busy” to learn safer, more accurate, and more evidence-based methods of assessing and treating patients’ risk factors for developing cardiovascular disease.

Heart Disease in the United States

Heart disease is the #1 killer in the U.S. and is rapidly growing. It affects 1 in 4 (about 85 million Americans) and costs the U.S. healthcare over $320 billion per year according to the American Heart Association. While it is estimated that 90% of heart disease is preventable, indicating that nutritional interventions should be at the forefront of our approach to preventing and treating heart disease, conventional medicine continues to utilize statin drugs as its primary treatment method. In fact, the pharmaceutical industry sells about $30 billion in statin drugs per year, $20 billion of which is to the American public. The promotion of low fat, low cholesterol dietary recommendations for high cholesterol and heart disease are not founded on solid science, and the confusion is due in large part to an obsolete idea known as the “diet-heart hypothesis.” The ideas promoted by the diet-heart hypothesis originated with animal studies and epidemiological studies back in the 1940s and 1950s that seemed to suggest that dietary cholesterol could raise cholesterol levels in the blood, so it should be avoided. Despite the fact that further research quickly disproved this theory, the media and popular American culture had already jumped on the low-fat, low-cholesterol, high-carbohydrate diet band wagon! Additionally, despite a reversal of support for a low cholesterol diet and its role in heart disease risk in 1991 by the founder of the hypothesis, Ancel Keys, and in 2004 by the former president of the American College of Cardiology, Sylvan Lee Weinberg, the collective support of the diet-heart hypothesis has been extremely difficult to reverse, as it has become so deeply ingrained in popular culture.

Most people with high cholesterol are either over-producers or over-absorbers of cholesterol. In fact, there are separate classes of drugs used to lower serum cholesterol via these two separate mechanisms. HMG-CoA reductase inhibitors, or statin drugs like Lipitor and Crestor, inhibit the liver’s production of cholesterol. While bile acid sequestering drugs prevent the reabsorption of cholesterol in the small intestine. That being said, it is important to keep in mind that the body isn’t producing or reabsorbing excessive amounts of cholesterol because it is defective. There is a reason, and it requires a more advanced assessment of organ system function than conventional medicine has to offer. Remember, the goal of conventional medicine is to suppress symptoms of disease with drugs based on tests designed for screening large patient populations. Conventional medicine does not set out to reverse or prevent disease with individualized precision diagnostic testing. Currently, the conventional view of cholesterol is when it exceeds 200 mg/dL in the serum, it must be artificially reduced with a pharmaceutical drug. There is never any investigation as to why the body is producing or reabsorbing more cholesterol in the first place. This is a huge flaw in our current “sick care” system. There is also a smaller fraction of individuals with genetic defects that disrupt the removal of cholesterol from the body, which causes exceptionally high levels of cholesterol in the blood. Heterozygous familial hypercholesterolemia is one such common genetic disorder that occurs in about 1 in 500 people and can lead to premature cardiovascular disease development.

Testing is currently available to physicians to determine whether or not a patient is an over-producer of cholesterol or an over-absorber prior to prescribing medications like statins. Unfortunately, medical doctors and other conventionally trained healthcare providers who prescribe these medications don’t run these tests routinely. If that sounds crazy, that’s because it is. We can also test a patient’s genetic predisposition for whether or not he or she is at risk of suffering from an adverse reaction to a statin drug. Take a guess as to whether or not those tests are routinely run prior to receiving a statin prescription. The answer is no, and it’s not because these tests are too expensive. Would you be willing to pay an additional $50 out of pocket to prevent an adverse reaction from your statin prescription? There’s no reason for not ordering these tests except for the fact that statins are usually the only tool in the toolbox of a conventionally trained healthcare provider for lowering high cholesterol, so extra testing will not change their method of treatment. As the old saying goes, if your only tool is a hammer, everything gets treated like a nail.

I Heard LDL is Bad For Me

We now know that in order to more accurately assess your risk for a future cardiovascular event from the perspective of blood lipids we have to look at LDL particle size and particle number. In fact, we now have ways of measuring these values using a simple blood test. Sadly, most in conventional medicine don’t run this test and are still only running basic cholesterol panels consisting of Cholesterol, HDL, LDL, and triglycerides. The name of the test called a lipid particle profile or lipid fractionation test. This advance cardiovascular test measures not just the total volume of LDL but the number and size of the LDL particles. Why should you care? Because it’s clearly established in the medical literature that the more small dense LDL particles and the more LDL particles in the blood overall, the greater the risk for a future cardiovascular event including death. It’s essentially a matter of traffic on the road. The more traffic, or particles, floating around on the highway, or arteries, the more chances of an accident, or inflammation and atherosclerosis. Additionally, the smaller and denser the LDL particle size the more likely they are to crash into the intima of the artery, be phagocytized by macrophages, and form foam cells, which develop atherosclerotic plaques. Measuring total cholesterol and/or LDL-C by itself does not determine your particle size and, therefore, does not accurately assess your future cardiovascular risk. If your doctor does not at least run this test, it may be time to find a new doctor that has taken the time to stay up on the latest research that can help save your life. After all, the symptom-based pharmaceutical approach to managing heart disease with a cholesterol lowering drug has not been working, as we in the U.S. consume more statins than ever, while the rates of cardiovascular disease continue to sky rocket!