Cholesterol is not the Culprit (Part 1) 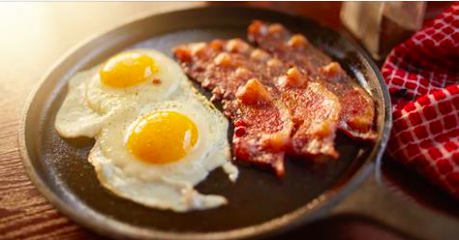 Cholesterol is not the Culprit (Part 1)

What images come to mind when you hear the word cholesterol? A clogged artery? A person having a heart attack? A double cheeseburger and fries? Why do you think cholesterol is associated with such negativity? After all, mammals have been making cholesterol for millions and millions of years, and all animal cells contain it. Furthermore, cholesterol isn’t made of toxic elements like aluminum, mercury, or lead. It is a wax-like molecule made up of carbon, oxygen, and hydrogen, the building blocks of life! Think about it, if cholesterol was so bad, why would the body purposefully produce a substance that is inherently harmful? The short answer is, it isn’t. The truth is, when it comes to cardiovascular disease risk, cholesterol is not the culprit.

Human beings can not live without cholesterol. It is made in the body and used for a variety of essential functions which I’ll discuss shortly, but it doesn’t travel around the body on its own. Cholesterol travels in vehicles called low density lipoproteins (LDLs) and high density lipoproteins (HDLs). The liver is the organ responsible for producing about 1000 mg of cholesterol per day, which is about the volume of a multivitamin capsule, and the average American consumes 200-300 mg of cholesterol daily in the diet. However, despite popular belief, cholesterol levels in the blood don’t elevate strictly due to the over consumption of cholesterol containing foods. Ignore anyone who tells you to stay away from eggs because the yolks are too high in cholesterol. This thinking is outdated, disproven, and illustrates an ignorance of basic human physiology and 21st century science. Hopefully that person is not your doctor. The fact is that humans only absorb about 20% of the cholesterol we consume from food, the rest is passed in the stool. The gut prefers to reabsorb cholesterol that is produced by the liver, which is then used to produce bile for the emulsification and digestion of dietary fats.

Why We Need Cholesterol

In addition to needing cholesterol for the production of bile, cholesterol also helps maintain the integrity of every cell wall, which allows vital substances in and keeps harmful chemicals out. The cell wall also contains receptors that communicate with each other, and since communication between cells is essential to life, I’d say that makes cholesterol pretty darn important. Cholesterol is also needed to produce numerous hormones in the body. Testosterone in men and women gives us our libido and helps to prevent dementia and coronary artery disease. Estrogen and progesterone are necessary for fertility and fetal development, and insufficiencies and imbalances are to blame for post menopausal symptoms. Cortisol, the body’s main stress hormone, mobilizes glucose to feed cells during periods of acute stress. Cortisol also helps regulate blood pressure along with another hormone called Aldosterone. Every one of these important hormones are made from cholesterol! Can you see how suppressing cholesterol with a statin drug may be problematic? But it doesn’t stop there, because the follicular cells of the thyroid gland are also made from cholesterol. These cells are responsible for making thyroid hormone, which sets the metabolic rate of every cell in the body. Did you know that sunlight converts cholesterol in Vitamin D? Vitamin D is a potent immune system modulator, cancer suppressor, bone builder, and blood pressure reducer among its many other health benefits. Do you think brain health is important? Did you know that the brain contains one of the highest concentrations of fat and cholesterol in the body? In fact, studies have shown that those with higher cholesterol levels have better memory and are at lower risk for dementia, while low levels of cholesterol have been associated with impaired cognition and mood disorders such as depression and suicidal ideation. Additionally, a major constituent of breast milk is…you guessed it, cholesterol! Cholesterol is in breast milk in large amounts because that is what a growing brain needs to develop. I hope it’s clear by now that cholesterol isn’t bad, in fact, it is vital to human life. Think about it, moms who breast feed are not poisoning their babies. In fact, infants can live off of cholesterol-containing breast milk exclusively for years, and it doesn’t make them less healthy. Breastfeeding is what nature intended, it is how we biologically evolved, and it makes babies significantly more healthy!

Unfortunately, for decades the message that we’ve been hearing from both conventionally trained healthcare providers and the media is the demonization of this essential molecule called cholesterol. Unfortunately, this claim hold no weight when it comes to our understanding of physiological mechanisms, and the notion that eating cholesterol-containing foods is bad for your health is not supported in the scientific literature. Our society continues to push cholesterol myth on the public some are ignorant and others have a vested financial interest is continuing to spread these factually inaccurate claims. Once we look at all of the reasons cholesterol is vital to optimal health, study the abundance of research available on the horrible disease states that can result from suppressing cholesterol with statin drug use, and take note of the ever increasing prevalence of heart disease in America despite the widespread use of statins and other cholesterol-lowering pharmaceutical drugs, it becomes obvious that cholesterol is not the culprit. It is vital to human life and optimal health.