Mammograms, are they really preventative? 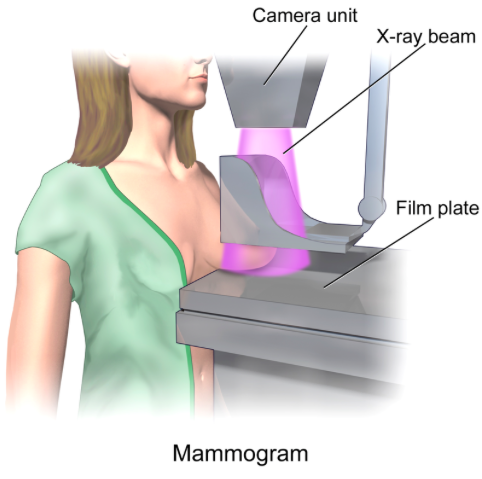 Mammograms, are they really preventative?

We, at 5280 Functional Medicine, don’t shy away from discussing controversial topics relating to health and wellness just because they are uncomfortable. Along with colonoscopies, antidepressants, and vaccines, mammograms make the list of the most hot button healthcare issues to discuss. Why is that? Since when has a healthy discussion on the benefits vs. risks become taboo when it comes to such topics? In fact, many alternative and conventional practitioners have been professionally beaten into submission for shining a light on the inherent risks associated with certain medications and medical procedures including mammography. I don’t know about you, but I always want to know the facts despite any uncomfortable feelings. So what’s the deal with mammography? Why is there such a debate about whether or not women should undergo this procedure? And are mammograms really preventative? After all, don’t you have to have breast cancer already for the mammogram to “catch it” early? Think about it. Preventative…I think not.

So how much do you really know about mammograms? Well, lets start with the name. “Mammo” refers to “breast tissue” and “gram” refers to “imaging.” But wait a second…when I order an x-ray of the arm I don’t call it an arm-o-gram, so why the fancy term for imaging of the breast tissue? Why are we hiding the fact that a mammogram is an x-ray of the breast tissue? Maybe the powers that be in conventional medicine would rather women not realize the potential harm that they are exposing themselves to. After all, perhaps women might think twice about a procedure that is hailed for its ability to detect cancer early if they knew it also…caused cancer! Since it has been well established for decades that ionizing radiation contributes to one’s cancer risk, doesn’t it make sense to understand the benefits versus the risks of the procedures we elect to undergo so we can make an informed decision about our health? To be clear, mammography utilizes x-ray, x-rays emit ionizing radiation, and ionizing radiation increases your cancer risk. If you’re a female you may want to read that again. Additionally, while not a direct reflection of the impact of mammography on breast cancer risk, other studies examining the effect of diagnostic chest x-rays on breast cancer risk have found that medical radiation exposure increases breast cancer risk.

Since the late 1970s when mammography screening for breast cancer was first introduced, the procedure has been relentlessly pushed on women by physicians, cancer organizations, and public health programs based on the claim that it will lower your risk of death due to breast cancer. In the early days of mammography, it was only used for women with significant risk factors for breast cancer such as being over 50, having a personal history of breast cancer, or an immediate family history. Fast forward to 2017 and mammography is recommended annually or biennially for most woman age 40-75. Despite this, an increasing amount of scientific evidence indicates that mammography may not only be far less effective than we have been told by our healthcare providers, but it also has numerous drawbacks that affect women on a massive scale. Even with the extensive increase in the use of mammography, there is a substantial body of research indicating that the widespread, overenthusiastic practice of mammography over the past few decades has had little to no effect on breast cancer mortality rates. In fact, they may even do more harm than good! It should also be noted that mammography is associated with a number of adverse effects, including breast cancer overdiagnosis, unnecessary breast cancer treatment, psychological stress, excessive radiation exposure, and a significant risk of tumor rupture and spread of cancerous cells.

In a published systematic review of patients in Europe, the overdiagnosis rate in organized breast screening programs was one in three. Further analysis found that mammography screening led to an increased detection of small tumors, but only a modest decrease in the incidence of advanced tumors. Many of the small tumors being detected by mammography represent breast cancer over diagnoses and if left alone, would never progress to an advanced stage. However, mammography diagnosed them as having cancer, which resulted in countless women being convinced to undergo the cancer treatment and its associated harm and adverse effects without any benefit. Another inherent flaw with mammography is that the relative ease with which mammography detects favorable tumors has led to an overestimation of the effect of screening mammography on breast cancer mortality. For example, in a younger, more fatty breast, mammography sensitivity is 98 percent, but in the more dense breast tissue of many postmenopausal women (the demographic that undergoes regular mammography screening) the sensitivity goes down to as low as 48 percent. This high-density breast tissue is also associated with an increased presence of tumors with more aggressive characteristics. Additionally, mammography involves compressing the breasts with about 42 pounds of pressure between two plates in order to spread out the breast tissue for imaging. Not only is this notoriously painful, but it only takes about 22 pounds of pressure to rupture the encapsulation of a cancerous tumor. In other words, mammography has the potential to rupture existing tumors and spread malignant cells into the bloodstream.

As criticism of mammography grows, the question on every woman’s mind is “what in the world should I do?” In light of the current mammography guidelines put forth by various organizations, it is important to emphasize that the choice of if and when to undergo mammography screening should be made with the assistance of an unbiased physician and with full knowledge of the potential drawbacks. Women should also be fully informed about alternative breast cancer screening tools. Is this typically the case? Heck no! But that is what you will get here. The alternatives to mammography for breast cancer early detection include regular clinical breast exams, diagnostic ultrasound, digital mammography, and thermograms. A clinical breast exam is something you should already be familiar with. It is the manual examination of the breast tissue performed by a trained healthcare provider. For example, as Board Certified Chiropractic Internists, we have undergone advanced training in the clinical breast exam. In fact, in order to pass our third and final board exam for diagnosis and internal disorders we were required to complete a flawless 3 part pelvic/bimanual/breast examination on a live patient! The clinical breast exam should always be combined with education of how to perform a self breast examination at home, preferably in the shower. Digital mammography allows for images of the breasts to be captured in a digital format rather than on film. This allows the images to be enhanced and manipulated to allow for visualization of subtle changes in breast tissue structure. While digital mammography still involves compression of the breasts, it does use a lower dose of radiation than film mammography. This option may soon be the new “gold standard” for breast cancer detection. Ultrasound is a noninvasive diagnostic imaging tool that does not emit ionizing radiation and is safe to use during pregnancy. Ultrasound has demonstrated the ability to detect breast cancer at rates similar to mammography, while also being relatively inexpensive and non-painful. A potential drawback is that ultrasound may not be able to detect tumors less than 1 cm in size, and it requires the expertise of a skilled sonographer to perform and interpret the test. Lastly, Thermography uses infrared technology to detect inflammatory patterns in breast tissue. It is noninvasive, does not emit radiation, can be done during pregnancy, and has the ability to effectively visualize dense breast tissue, unlike mammography. Thermography screening has demonstrated a high sensitivity and specificity, although a high rate of false positives has been recognized as one of its drawbacks. That being said, these false positives may in fact be abnormal thermal patterns that are foretelling a future cancer that has not yet begun to grow to a physically detectable size. This theory is supported by studies in which thermography detected abnormal heat patterns in breast tissue several years before a breast cancer diagnosis was made. Thermography may therefore be a valuable screening tool due to its ability to detect functional changes in breast tissue before the onset of structural changes that occur with cancer.

While mammography is conventional medicine’s idea of “prevention,” we in functional medicine understand that “prevention” means avoiding an acquired disease in the first place. This is quite different from early detection. In fact, there are numerous lifestyle factors that predisposed women to breast cancer far more than any genetic predisposition. We, as functional medicine practitioners, focus on those lifestyle factors as our primary means of combating breast cancer far upstream in the disease process, as opposed to allowing a tumor to develop and hoping we detect it early enough. The choice is yours as long as you are aware of the following 3 things: 1. Mammography is not preventative. In fact, it emits radiation that actually contributes to an increased risk of developing the very cancer mammography is attempting to detect! It also compresses that breast hard enough to rupture encapsulated tumors. 2. There are safer, healthier alternatives to mammography that are equally as effective, especially when done in combination with one another. 3. Our “healthcare” system of conventional medicine seeks to manage disease with drugs and surgeries and is not, in fact, designed to prevent disease or promote health.